The Instances and Servers page provides an overview of all instances in your account, whether they are associated with servers, server arrays or stand-alone. Specifically:

The Instances and Servers page looks similar to the following: 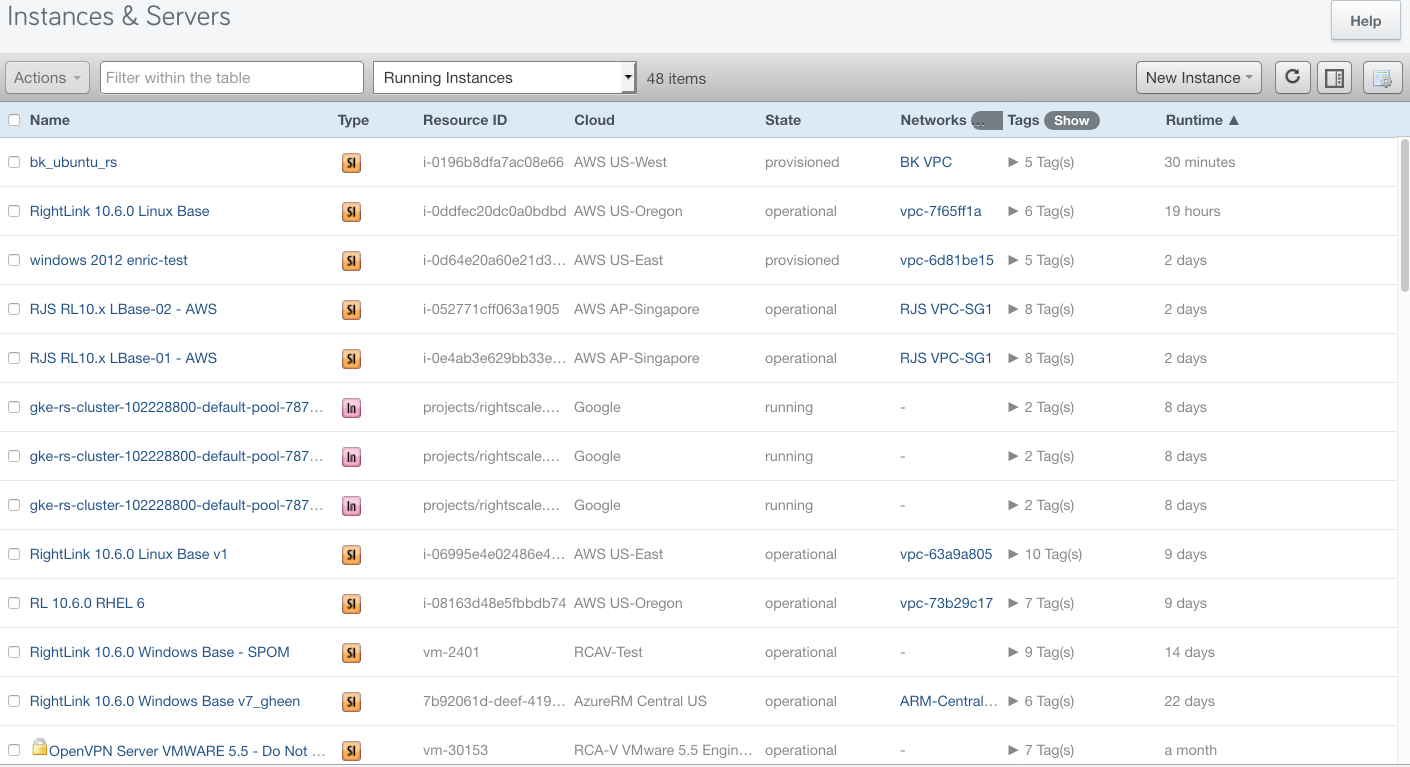 The Instances and Servers page presents a tabular view of the instances in your account. By default, this view displays instances and servers whether they are active or inactive. However, you can customize your view using the controls described below.

In addition to the Active and Inactive tabs, there are several filters available for you to further fine tune the results displayed in the table.

Free text filter - you can enter any string of characters (multiple words will be considered one string). All visible columns will be matched against your filter, including tags that are collapsed. For columns that contain icons, the tooltip value will be filtered upon.

The column layout of the table view in the Instances and Servers page can be tailored to your needs using the Show/Hide Columns button. Clicking the button presents a context menu from which you can select or deselect the columns that you want to have displayed in the table. You can also re-set your column selections by clicking Restore default columns. 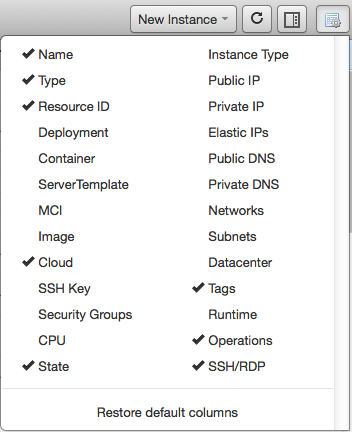 The following table provides descriptions of the available column headings.

The Actions drop-down provides you with a number of commands that can be executed on items in the table depending on the context of your selection. Each of these actions is described in the following sections.

You can use the New Instance drop-down to create a new Instance, new Server, or new Server Array in a selected Cloud. Opening the drop-down exposes menu selections for the available cloud providers and sub-menus for compute regions as depicted below. 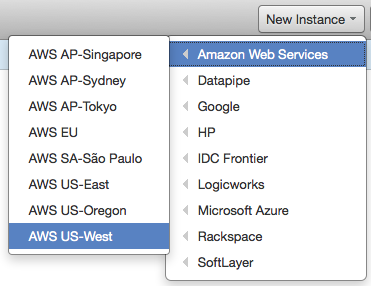 Choosing a cloud provider and compute region from the drop-down displays the modal dialog shown below.

From this dialog you can elect to create an Instance, a Server, or an Array.